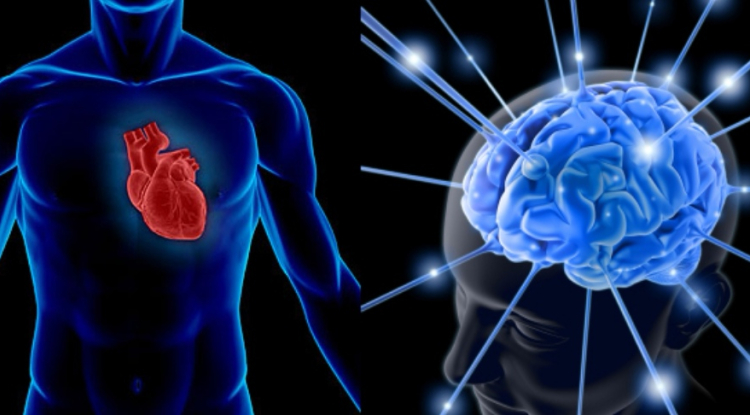 Arterial Hypertension is a multifactorial inheritance, which is very easy to diagnose and difficult to control in the world.

It is defined as a maintained level of systo-diastolic blood pressure, figures equal to or higher than 140/90 mmHg, respectively; which are taken in appropriate conditions, in at least three readings, preferably on three different days during a week, when the initial blood pressure will be very high or when the patient presents stable figures under antihypertensive treatment.

Is the Arterial Hypertension a health problem nowadays?

It constitutes one of the most important health problems in the contemporary medicine; and the control of it is the cornerstone on which we must act to decrease the high morbidity and mortality rate. It is estimated a prevalence, according to studies, that oscillates between a 30-45% of population in general.

It is denominated as silent murderer. Studies assert that it induces brain changes from the first 40 years old. It produces an accelerated aging of white and gray matter, in addition to insidious vascular lesions, causing several brain complications as the cerebral hemorrhage, considered by many authors as the first cause of neurological disability.

In spite of the advances in the pharmacological treatment nowadays, it is considered that at least one in every ten people are refractory to pharmacological treatment (they are not compensated with medications). For this reason, men of science are inspired to seek an adequate response of this disease from a surgical perspective, treatment modality not yet known by all the people who suffer it.

Bariatric Surgery (Metabolic) is applied since the end of the last century to patients with Morbid Obesity and Mellitus Diabetes (type II specially), and with excellent results in patients with AHT, as proved by a study realized at Orebro University, Sweden, decreasing the incidence of heart attack, cerebrovascular illness and death. Techniques such as Roux-en-Y gastric bypass, Gastric Sleeve surgery (Tubular Gastrectomy), are used with encouraging results.

Another of the methods used linked to the author´s specialty, reason for this work, and unequivocal fruit of development of science and with it modern Neurology, it is the Functional Surgery applied to Nervous System.

What is Bran Stimulation?

Minimally invasive technique which consists of implanting electrodes in specific areas of the brain, which are activated through a pulse generator, similar to a cardiac pacemaker; currently used in the Epilepsy, Parkinson´s, Obsessive-Compulsive Disorders, Essential Tremor, Dystonia, Cluster Headache, Dementia, Multiple Sclerosis, Tourette´s Syndrome, Chronic Pain, Addiction, among others.

History of its discovery

At Frenchay Hospital, from Bristol, England, Dr. Patel (neurosurgeon), in the first years of the second decade of the actual century, in an attempt to treat through brain stimulation to a 55 years old male patient with pain due to Reflex Sympathetic Dystrophy secondary to a Cerebral Hemorrhage, he detected that far from improving the symptom that led him to proceed, stimulating the periaqueductal gray (around the Silvio´s aqueduct that is a physiological circulation pathway of the cerebrospinal fluid) the patient started to present gradual decrease in blood pressure figures, until the point of weaning from the four drugs that he consumed for it at that time.

In general terms the surgery for deep brain stimulation works as follows:

The healthcare team puts a special structure on your head to keep it still during the process, (stereotactic head structure). Then the members of the team use neuroimaging (Nuclear Magnetic Resonance or Brain Computed Tomography) to do a mapping and to identify the area of the brain where they will put the electrodes.

Under local or general anesthesia, at the discretion of the surgeon and taking into account patient´s comorbidity. There are realized small holes in the skull called (burr holes), in relation to the area where they want to place the electrodes, after a detailed anatomophysiological study of the brain of the patient in question.

In most cases, the electrodes are placed while you are awake and alert. This is to be sure the effects of the stimulation can be fully tested. If you are awake for the surgery you will be given a local anesthetic to numb the scalp before the process, but you will not need anesthesia in the brain itself because this one does not have pain receptors.

Either the surgeon implants a thin wire with several contacts in you, called (electrode), their tips stimulate some specific areas of the brain; or a wire is implanted on each side of the brain; a lead passes under the skin and it is connected to an impulse generator (neuroestimulator) that you will have implanted near the clavicle.

As final result of stimulation of nuclei and eloquent areas of the brain modify the activity of the sympathetic and parasympathetic autonomic nervous system. Among the neurotransmitters involved we have: adrenaline, noradrenaline and acetylcholine and we also find with less frequency serotonin, histamine peptides and nitric oxide. All these neurotransmitter act on the heart by lowering heart rate and blood pressure.

What does the success of the technique consist of?

- Correct selection and position of the patient.

- Realization of studies of high resolution images for the right localization of the surgical targets (brain nuclei to be treated).

- Precise application of stereotaxy, technique that allows adapting the mathematical principles in three Cartesian coordinates, perpendicular to each other and which intersect at point 0.

What advantage does the technique provide?

- Minimally invasive technique, of higher precision, less morbidity (by not destroying brain tissues, it does not leave important sequelae).

- It modifies parameters of electric stimulation, being able to change or stop without needing another surgery.

*It constitutes a horizon therapy that gives back the opportunity to live and dream with an adequate quality of life to the patients who suffer AHT.

Important questions about the topic:

Is it a safe method?

Yes, it is; being a minimally invasive technique, the complications decrease when it is compare with the conventional surgery.

Is it available to everyone?

Functional surgery as horizon therapy for these pathologies is not realized in anywhere in the world, yet. It must be informed in the platforms of the health system where it is realized.

What specialties value and carry out the process?

The specialties that are involved usually are Internal Medicine, Neurology and Neurosurgery as specialty which realizes the brain stimulation.

What will the possible complications be?

Remember that the complications rate is minimum and the next ones can almost always be transient:

• Infection of the surgical area.

• Rejection of the implanted

What criterion is decided to opt for this method of treatment?

Above all in patients with resistant arterial hypertension to treatment (despite being polymedicated, they do not respond correctly to treatment), with risk of complications because of the disease.

How long does admission take after functional surgery?

It is generally short, taking into account also that it is a process which can be done under local anesthesia. Maybe from 24 to 72 hours will be enough, they define the complications and patient´s comorbidity.

Is there a post-surgery follow-up?

After every intervention the surgeon in charge decides how the regimen of consults will be done which will depend of the degree of difficulty of the procedure or the presence of any complication. But regardless of the safety of the procedure, there will always be follow-up.

How would life be like for a patient who has a functional surgery?

The objective is reinsert the patient to his or her daily life as soon as possible. He or she can take his or her normal life complying with specific guidelines according to each patient.

The mechanism of action of Deep Brain Stimulation (DBS) is very complex, permanent and still under investigation. Though in some targets it could resemble the effect of an injury, the potential of this therapy goes much further than performing injuries and we have the capacity to produce several effects if we consider the different parameters of stimulation.

Deep Brain Stimulation (DBS) acts on extensive brain networks, modifying the neurons, glia, extracellular matrix and the neurotransmitters produced which probably have a neuroprotective effect. It is necessary continue advancing in characterizing the mechanism of action of DBS in different scopes, to create new therapies and optimize existing ones.

We are always in time to modify inappropriate lifestyles. The key of success lies in not letting that diseases decide for us. Let´s win the battle to death fighting for life. Though science takes care to put in your hands the newest methods, let´s not wait for it, let´s lead a healthy life.

What is polycystic kidney disease? 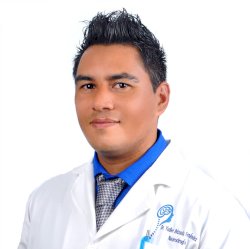