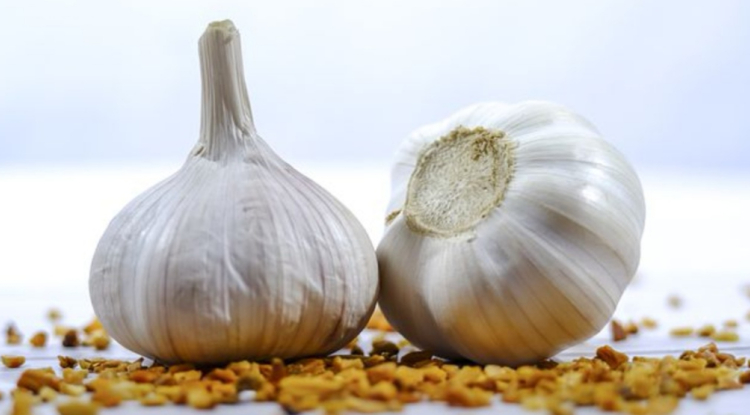 Garlic (Allium sativum L.) is a species that belongs to the Liliaceae family (comprising about 600 species), native to central Asia. Garlic cloves have been used since ancient times, both for culinary use and for their therapeutic properties.

Garlic is much more than a condiment, as it keeps away diseases due to its nutritional properties and surprising benefits (sulfuric compounds and its multiple phytonutrients gave it this fame). Hippocrates, the father of modern medicine, used it to treat various diseases.

Currently, according to numerous clinical trials, it is considered that garlic can be an effective drug in the prevention and treatment of atherosclerosis due to its positive effect on the normalization of lipid values (blood fat), reduction of moderate blood pressure, its fibrinolytic activity (disintegration of clots), and anti-platelet aggregation (prevents the formation of thrombi). There are other benefits and medicinal properties attributed to it as well, although not all of them are scientifically proven due to lack of studies, but they have been tested by time. Its use was well documented by all major civilizations, including the Egyptians, Babylonians, Greeks, Romans, and Chinese.

What characteristics does it have and what is its nutritional value?

The entire “head” is called a garlic bulb, while each segment is called a clove. There are approximately (10-20) cloves in a single bulb of garlic.

Most of its health effects are due to one of the sulfur compounds that forms when a clove of garlic is minced, crushed, or chewed. This compound is known as allicin which enters the body through the digestive system and travels throughout the body, where it employs its powerful biological effects and is responsible for the distinctive smell of garlic. Allicin is not in garlic, but is only released when alliin, a sulfur-containing amino acid that is present in garlic, comes in contact with oxygen. It has a high nutritional value but contains very few calories.

What are the properties and benefits it brings to your health?

Numerous studies have been conducted in recent years, both in vitro (experiment in a test tube) and in vivo (on animals), on the chemical and pharmacological properties of garlic. This way, some of its properties have been documented, among which its antioxidant, lipid-lowering, antiatherogenic, antithrombotic, hypotensive, antimicrobial, antifungal, anticarcinogenic, antitumorigenic and immunomodulatory properties stand out. All these pharmacological properties are attributed mainly to its sulfur components.

Garlic is rich in vitamin B, an essential compound that lowers homocysteine levels, which are responsible for hardening blood vessels and bringing us multiple problems such as thrombosis or coronary artery disease.

Garlic contains allicin, a substance that takes care of our cardiovascular system. So much so that consuming a clove of natural garlic every day can reduce bad cholesterol by 9%, according to the Spanish Heart Foundation.

Several clinical trials have been published that demonstrate the hypotensive effect of garlic. Reductions in blood pressure are moderate. This antihypertensive effect is probably due to its vasodilator effect.

Garlic is above all an excellent detoxifier for our body. It helps us purify toxins, eliminate parasites and free heavy metals such as mercury or drug residues that the liver cannot process. Garlic is rich in vitamins A, B and C, very suitable for stimulating liver function. Another of its virtues is reducing inflammation, which is why it is very healthy to consume garlic daily in case of fatty liver.

If every time you catch a cold you end up with a lot of mucus, garlic is very good for you because it decongests and is a good natural antibiotic to treat lung problems. If you suffer from sinusitis or are having a bad cough, you can prepare a garlic-based syrup.

Research has established that it has some action against the flu. A large 12-week study found that garlic supplements, compared to placebo, reduced the number of colds by 63%. The average duration of cold symptoms also decreased by 70%, from 5 days in duration with the placebo to just 1.5 days with the garlic. If you are prone to colds, adding garlic to your diet can be incredibly helpful.

Allicin has been shown in vitro to be active against gram-positive and gram-negative bacteria, although ajoene and diallyl trisulfide also appear to contribute to this action. Garlic is also antifungal, its activity against Candida Albicans and other fungi has been demonstrated, with an efficacy similar to that of Clotrimazole in eliminating the clinical symptoms of Oral Candidiasis.

It stimulates gastric acids and food is properly digested and absorbed.

Epidemiological studies and tests carried out on animals have shown that the consumption of garlic exerts a protective effect that reduces the incidence of certain types of cancer, such as gastric, colorectal, breast, cervical, cancer, etc. The anticancer effect seems to be due to various mechanisms, such as free radical scavenging, DNA repair mechanisms, prevention of chromosomal damage, etc.

In vitro and in vivo studies have shown that garlic has several immune-enhancing effects, such as stimulation of some defense cells (lymphocytes and macrophage phagocytosis) as well as stimulation of interferon gamma release. Garlic and its components have also been shown to increase the activity of natural killer cells.

Numerous investigations carried out in vitro and in vivo have shown that fresh garlic and many of its preparations have an antioxidant effect. It has been shown that they are effective in inhibiting the formation of free radicals, reinforce the endogenous radical scavenging mechanism, increase cellular antioxidant enzymes, and protect low-density lipoproteins from oxidation by free radicals. It seems that although practically all the components of garlic have antioxidant activity, the components with the greatest capacity could be S-allyl-cysteine and allicin, and it is also suggested that the antioxidant effect is dependent on dose and time. The antioxidant properties of garlic and its components are of great interest in relation to their antiatherogenic, antihepatotoxic and anticarcinogenic effects.

Due to being rich in fructose (75%) and allicin. Useful in genitourinary conditions such as cystitis, urethritis, pyelonephritis.

Does its use cause any unwanted effects?

Garlic is considered non-toxic. However, the consumption of garlic can cause adverse effects, although the most frequent are not serious, since they do not carry health risks, and they are related to the development of bad breath or body odor. Garlic consumption can also produce abdominal pain in some less frequent cases and when it is consumed in high doses or in particularly sensitive people, as well as feelings of fullness, nausea and flatulence. Also, much more rarely, it could cause a coagulation disorder.

On the other hand, the allergenic power of garlic is well recognized, since allergens such as diallyl disulfide, allyl propyl sulfide and allicin (the latter can be irritating) have been identified. Allergic reactions have been described to appear both after ingestion and physical contact; the most frequent side effect is contact dermatitis. Fresh garlic is very irritating, especially under occlusive conditions, so that contact with the skin for a period longer than 6-18 hours occasionally manifests itself with burns and skin necrosis.

Can I consume it if I am taking other medications?

It is known that eating raw garlic has no major contraindications in normal doses, except for people who have stomach irritation or allergies.

Garlic can intensify the effects of anticoagulants, such as heparin or warfarin, and antiplatelet agents, which favors bleeding. Several reports have also suggested that dietary supplements and herbal preparations of garlic may increase the risk of bleeding in patients during surgery, so it is prudent to stop taking it about 10 days before surgery and in the postoperative period. Be careful in cases of active bleeding and thrombocytopenia (low platelets).

Interaction with saquinavir and possibly with other protease inhibitors has also been detected, which may decrease the values of saquinavir in blood and, consequently, reduce its effectiveness. It is important to take this effect into account, since AIDS patients ingest, together with retrovirals, garlic preparations to lower cholesterol, which normally increases as a side effect of this medication.

It should be used with caution in patients with hyperthyroidism.

Those who suffer from duodenal ulcer should be very careful.

Regarding pregnancy and lactation, garlic is attributed to act as an abortifacient and to affect the menstrual cycle, and it has also been described that it presents uterine activity. In addition, some studies have shown that the consumption of garlic by nursing mothers alters the smell of their milk and the behavior of infants. This may be because sulfoxides are excreted in significant amounts in breast milk, giving it an unpleasant taste that can affect the child.

Given this and due to the lack of experimental or clinical reports about adverse effects during pregnancy or lactation, garlic should not be ingested in excess in these situations.

It is always recommended to consult its use with a trained professional.

What diseases or ailments can I use it for and what dose can be used?

Garlic has diaphoretic, expectorant, antispasmodic, antiseptic, antimicrobial, hypotensive, and anthelmintic properties and is a promoter of leukocytosis. Traditionally it has been used in the treatment of chronic bronchitis, colds, bronchial asthma, and the flu. It has also been used to treat aerophagia, dyspepsia, abdominal spasms, and amenorrhea. Topically (applied externally) it has been used to treat calluses, warts, otitis, arthritis, arthralgia, neuralgia, or sciatica. However, the current use of garlic and its preparations focuses on its antihypertensive, antiatherogenic, antithrombotic, antimicrobial, fibrinolytic, cancer preventive and lipid-lowering action. The German Commission indicates its use in hyperlipidemia, arteriosclerosis, high blood pressure and in the prevention of age-related vascular problems.

Regarding the recommended doses, although the effective dose has not yet been well determined, in general a dose of about 4 g per day of garlic or 300 mg of encapsulated powdered garlic (valued at 1, 3% alliin or 0.6% allicin) two or three times a day or 7.2 g of aged garlic extract daily.

It is not about eating a head of garlic every day. The key is in balance. If we get used to taking garlic as a medicine every morning, in a few days we will notice its benefits.

Eating garlic on an empty stomach has the same effects as eating it at any time of the day, but it doesn't do much good if you swallow it whole. The correct thing is to crush it or, better yet, cut it into thin slices and, if you want to soften the flavor a bit, mix it with olive, flax, walnut or coconut oil. It also has other substances, many of which act in symbiosis (mutual benefit) with it.

In short, we can say that garlic is a natural option that undoubtedly brings us incredible benefits. In a simple and pleasant way, it can help us control, relieve and avoid many of the daily ailments and discomforts that reduce our quality of life. All this may sound like a grandmother's remedy, but the Spanish Heart Foundation (FEC) recommends including garlic in the diet not only to reduce bad cholesterol and protect our heart, but also as a purifying, antiseptic and antibacterial remedy. But always remember that even if it is a natural product, its use should be consulted for guidance on the most recommended alternative. 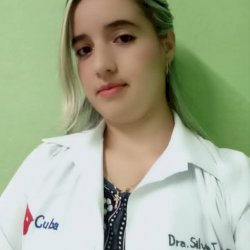 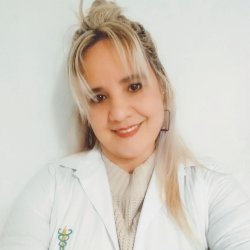