An approach to bacterial meningitis 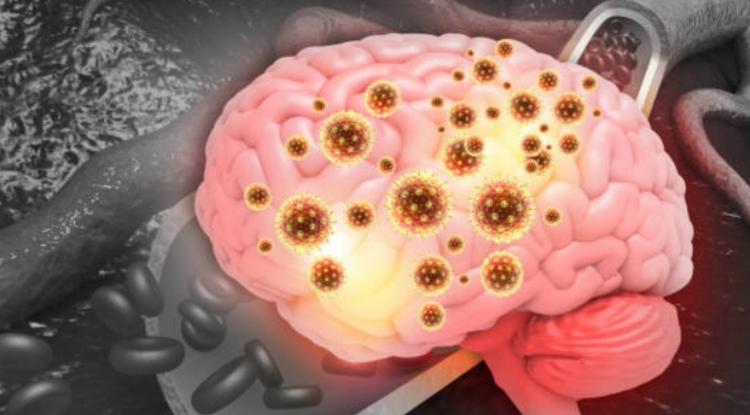 What is bacterial meningitis?

Bacterial meningitis is an infectious disease of the central nervous system of global prevalence, which is characterized by an inflammation of the leptomeninges* (the arachnoid and the pia mater) and the cerebrospinal fluid without affecting the brain parenchyma; it is considered one of the most devastating diseases. It can have an infectious cause, or a non-infectious cause, such as autoimmune diseases, neoplasms, medication, and others.

*Leptomeninges are a thin cover below the dura mater which coats the brain and the spinal cord with the purpose of protecting these structures.

What are the most common germs?

Before the existence of vaccines, Hemophilus influenzae was the main cause of bacterial meningitis. Currently there are various microorganisms that can give place to this disease, and among the main pathogens there are the following:

Gram-positive, facultative anaerobic bacteria. It is the main germ that causes meningitis in adults, and there are several factors that predispose to catch meningitis caused by this germ: pneumococcal pneumonia, asplenia, immunodeficiency, acute otitis media, sinusitis, chronic ethylism, and diabetes mellitus.

Gram-negative aerobic diplococcus. It more frequently colonizers smokers (both active and passive), homosexual men and people suffering from respiratory infections; however, it can also colonize the nasopharynx of healthy individuals and affects mainly institutionalized people.

More frequent in people with cranioencephalic trauma or after neurosurgical procedures.

In individuals with hydrocephaly who have ventriculoperitoneal derivations, cranioencephalic trauma, and after neurosurgical procedures.

Are there predisposing factors?

Yes, there are factors that can predispose us to have bacterial meningitis. The main ones include:

• Fracture of the base of the skull.

• Splenectomy (surgical removal of the spleen).

How do bacteria reach the meninges?

There are different ways by which bacteria can reach the meninges, including hematogenous spread, direct entrance through the upper respiratory tract or the skin, and spreading from a nearing infected area. They enter the nasopharynx and manage to adhere to the epithelium, and then are transported towards the blood stream through vacuoles and their survival in the stream is due to a polysaccharide capsule that avoids phagocytosis by the neutrophils; then, those which survive reach the intraventricular choroid plexuses, which allows them direct access to cerebrospinal fluid (CSF), where they multiply rapidly due to the low number of white blood cells in the fluid. This invasion causes an inflammatory reaction, due to the liberation of pro-inflammatory cytokines, including interleukin and tumoral necrosis factor (TNF) by the microglia, astrocytes, and monocytes into the subarachnoid space. The inflammatory cascade causes cerebral vasogenic edema (due to the increase in vascular permeability), cytotoxic edema (inflammation due to the released toxic substances) and interstitial edema (due to the obstruction on the flow of the CSF through the arachnoid villi), which leads to abnormalities in the blood flow of the brain. This causes an increase in the intracranial pressure, leading to cerebral herniation and death.

What are the main clinical manifestations of this disease?

The main clinical manifestations that present in patients with bacterial meningitis include headaches (88%), fever (77%), alterations of the mental state (70%), nuchal rigidity (31%), neurological focalization (30%) such as hemiparesis, paralysis of the cranial nerves, alterations of the visual field, convulsions (5%), vomiting, myalgia, photophobia, adynamia and hyporexia. The classic triad consists of fever, nuchal rigidity and alterations of the mental state and is seen in less than 50% of the patients. Elderly and immunodeficient people may not have the classic signs and sometimes only have non-specific manifestations.

About 15% with meningitis caused by N. meningitidis develop septic shock with disseminated intravascular coagulation with extended ecchymosis and hemorrhagic necrosis of the adrenal glands (Waterhouse-Friederichsen syndrome) which causes multiorgan failure and death.

What to look for during the physical examination of a patient with meningitis?

During the physical examination of a patient with acute bacterial meningitis we look for signs of meningeal irritation. Brudzinski sign is assessed by passively flexing the neck of a patient in supine position and is considered positive when there is a flexion of the hips and knees (sensibility 97%), Kernig’s sign is the pain in the neck caused by full extension of the knee when the hip is flexed 90 degrees (sensibility 43%) and Lewinson’s sign which involves the patient bringing their chin to their chest or, if they’re unable to do it, the abnormal response is opening the mouth to reach it. The sensibility of these maneuvers is up to 5% since it depends on the examiner, which is why their absence doesn’t deny a meningitis diagnosis.

How is it diagnosed? 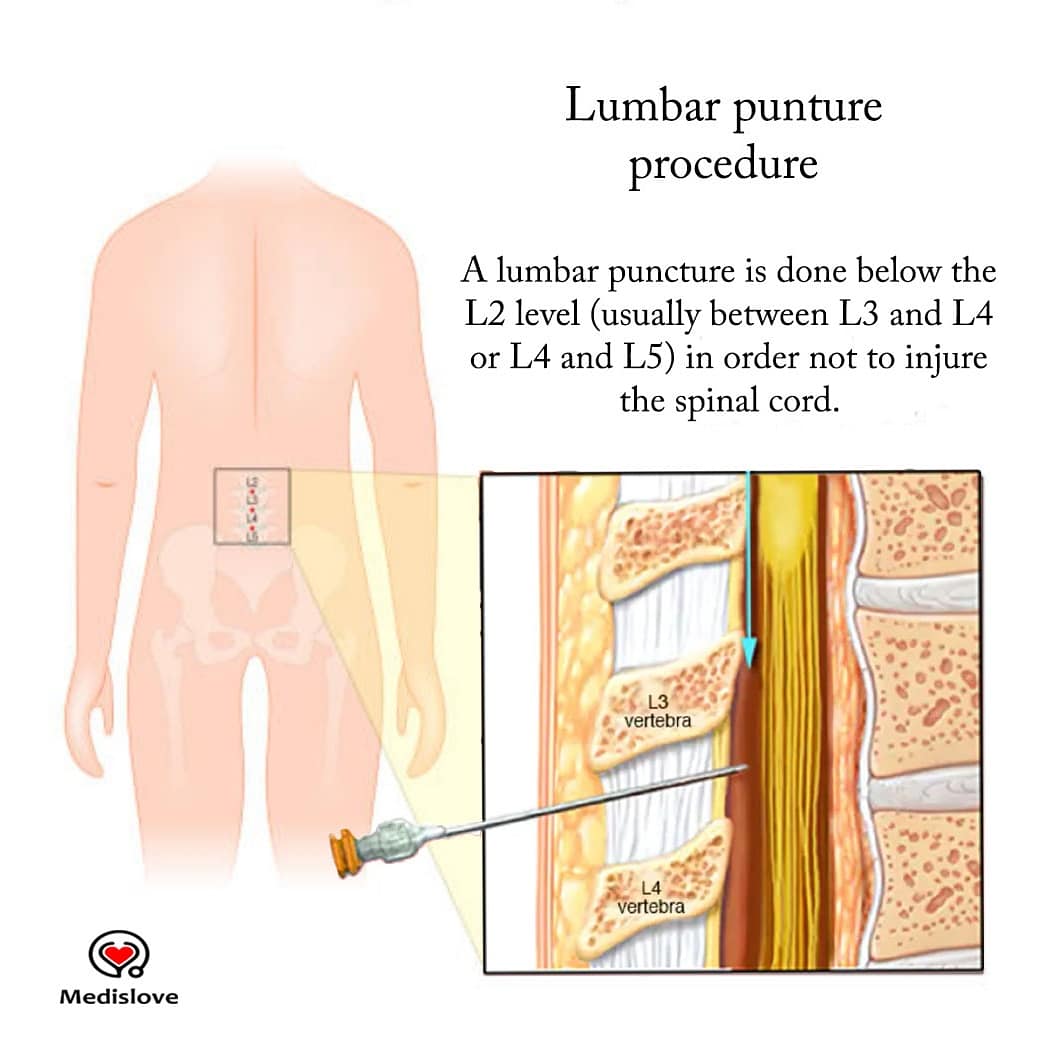 Cytological and biochemical study of the CSF:

Normally in the CSF there are < 5-10 leukocytes/mm3, the majority of the mononuclear. In bacterial meningitis there is pleocytosis (100-10000 leukocytes/mm3) which points to an inflammation of the meninges. The absence of pleocytosis doesn’t deny the diagnosis of bacterial meningitis, since about 2% of all patients have a normal white blood cell count, especially immunodeficient people and people previously treated with antibiotics. The White blood cell differential helps predict the pathological origin of the disease, if there is neutrophilic predominance, it suggests bacterial infection, and if there is lymphocytic predominance, it suggests viral infection.

Proteins in CSF normally don’t exceed 40mg/dl, but in bacterial infections they increase (>45mg/dl). The concentration of glucose in CSF depends on blood glucose levels, and normally corresponds to two thirds of the blood concentration, which is why it’s important to measure blood glucose levels before lumbar puncture. In bacterial meningitis there is a decrease in CSF glucose (<40mg/dl), as a consequence of bacterial metabolism and this is a common way to differentiate it from viral meningitis. (see TABLE 1)

Microbiological study of the CSF:

CSF culture is considered the golden standard for the diagnosis, which is positive in over 75% of cases before antibiotic exposure, then the sensibility decreases by 20% because CSF sterilization occurs 2 to 4 hours after antibiotic administration. Gram stain rapidly detects the presence of bacteria with a high sensibility.

DNA amplification method with polymerase chain reaction (PCR) has had a larger importance in the diagnosis of bacterial meningitis in the recent years because in can detect organisms in the CSF after several days of antibiotic treatment and has great use in patients with negative results of Gram stain and culture. This method has a high sensitivity (87% to 100%) and specificity (98% to 100%) and detects infections by pneumococci, meningococci, S. agalactiae, E. coli and L. monocytogenes.

Latex agglutination test in CSF can be used to quickly determine the germ causing the disease, but its sensibility decreases in patients who have been treated with antibiotics before the lumbar puncture. Limulus amebocyte lysate test is a quick diagnose test that allows detecting Gram-negative endotoxins in CSF.

A series of studies, including hemogram, blood glucose, ureic nitrogen, creatinine, electrolytes, and hemoculture can be carried out. In the hemogram there should be leukocytosis with left shift; blood glucose is needed to compare to CSF glucose levels, a proportion CSF glucose/blood glucose <0.4, suggest an infection. Hemoculture is useful to detect the germ and its antibiotic susceptibility when CSF culture is negative, unavailable, or lumbar puncture is contraindicated. Its rendering decreases by 20% if the patient has been treated with antibiotics before the sample was taken.

Procalcitonin is a serological inflammation marker and an increase in its value directly depends on the bacterial charge or the presence of endotoxins and can be quantified 3 to 4 hours after the start of the infection and has a half-life of 20 - 36 hours. It has a high sensibility and specificity (concentrations higher than 0.2 ng/ml) but does not specifically define the etiology. It helps evaluate response to antibiotic treatment if its concentration decreases in 12 - 24 horas.

Cerebral imaging is not obligatory before performing a lumbar puncture, since it’s associated with a delay in the start of treatment and leads to an increase in mortality. Its usefulness lies in detecting if there are any contraindications to the lumbar puncture such as intracranial cerebral hemorrhage or the presence of intracranial injuries that take up space, which could increase cerebral displacement and lead to a cerebral herniation. There are medical criteria to indicate a computerized tomography (CT) before a lumbar puncture:

In the absence of the aforementioned characteristics CT is not needed, since the risk of herniation associated with lumbar puncture is little likely.

How is bacterial meningitis treated?

Empirical antibiotic treatment in patients with suspicion of bacterial meningitis needs to start as soon as possible since it’s associated with a decrease in mortality and the period of antibiotic administration should not exceed 1 hour, which is why no diagnostic test should delay empiric treatment, which depends on the age of the patient, risk factors, and susceptibility to penicillin and third-generation cephalosporines as per the most frequent germs.

It is recommended, if there’s a low resistance rate, to use a third-generation cephalosporine (Ceftriaxone o Cefotaxime), and if the resistance rate is high, Vancomycin or Rifampicin plus a third-generation cephalosporine. In patients with associated otitis, sinusitis or mastoiditis, Metronidazole is added to the empiric treatment to fight anaerobic bacteria. If there is a suspicion of infection by Pseudomona aeruginosa the empirical treatment will include a combination of Vancomycin + Ceftazidime/Cefepime/Meropenem.

After identifying the pathogen through culture and antibiotic sensitivity test, the etiological antibiotic treatment is optimized. In patients who suffer from meningitis by S. pneumoniae lumbar puncture needs to be repeated 24 to 36 hours after the start of antibiotic treatment to confirm the sterilization of CSF. If after said time it has not been sterilized, it should be viewed as a sign of antibiotic resistance. Meningitis by sensible strains of S. aureus or coagulase negative staphylococcus are treated with penicillin (Nafcillin) and Vancomycin is used against methicillin-resistant staphylococcus. In the case that S. aureus is resistant to Vancomycin, the antibiotic of choice is Linezolid, in all cases therapy is prescribed for at least 10-14 days and in the case of L. monocytogenes at least 21 days.

The adjuvant use of corticoids (Dexamethasone) is recommended 20 minutes before or simultaneously with the first dose of antibiotic to prevent inflammation as a result of bacteriolysis by the antibiotics and it has been associated with a decrease in the neurological complications and mortality, mainly in meningitis by pneumococcus. The recommended treatment in adults is 10mg every 6 hours por 4 days, for a total daily dose of 40mg.

Seizures happen with a certain frequency, which is why precocious administration of anticonvulsant medication is recommended.

What is the prognosis and the main complications?

The risk of death by bacterial meningitis increases if any of the following clinical parameters are present:

➢ Decrease in the level of consciousness since admission.

➢ Signs of increase of the intracranial pressure.

➢ Seizures within the first 24 hours since admission.

➢ Delay in the start of antibiotic treatment.

The complications of bacterial meningitis are neurological and systemic, including hydrocephaly and seizures. Common cerebrovascular complications are cerebral infarctions, subarachnoid hemorrhage, intracranial hemorrhage, and venous system thrombosis. Subdural empyema and brain abscess are infrequent but very significant and a surgical intervention may be needed. Among systemic complications there is: septic shock, acute respiratory insufficiency, disseminated intravascular coagulation, acute renal insufficiency, and multiorgan failure.

About 30% of the patients who survive an episode of bacterial meningitis will have sequelae, which can include loss of hearing, seizures, motor deficit, cognitive deficit and loss of sight.

What to do in case of suspicion of bacterial meningitis?

The patient has to be immediately forwarded to a hospital facility with the capacity to solve the problem for a definite diagnosis and adequate management, as well as prevention of possible complications.

What are the benefits and side effects of CBD in its consumers? 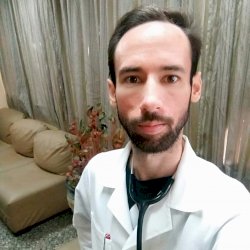 ?Medical graduate from The University of Medical Sciences of Havana (UCM-H).
?Specialist in Internal Medicine.